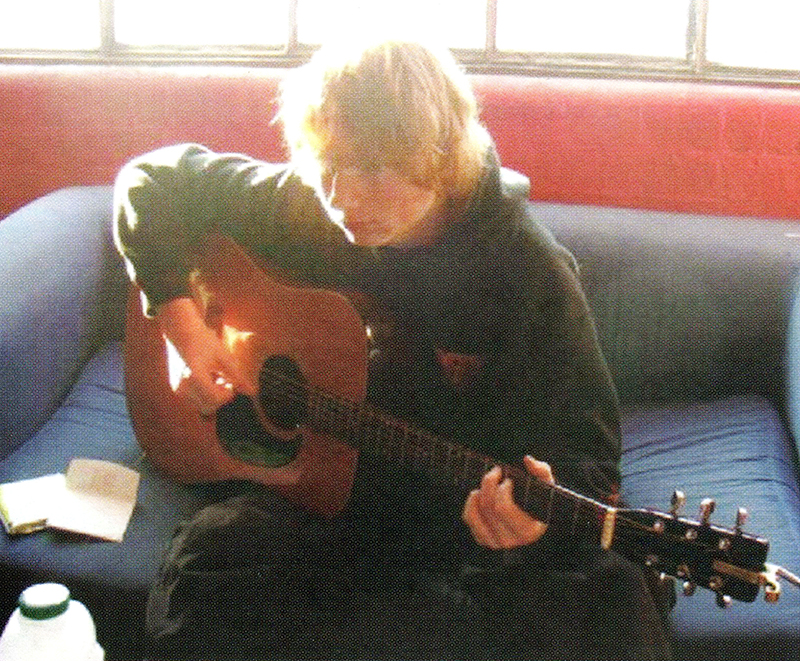 Ed Sheeran strumming in the studio

Over the past twelve months, Suffolk boy, Ed Sheeran began recording his first album at a large studio in London. Ed wrote thirteen songs for his debut at the Din Studios in Cable Street between October 2005 and March 2006.

Ed, aged 15, lives in Framlingham with his older brother and parents. The Thomas Mills High school student first picked up a guitar in 2002 and began to amaze his family and friends with the speed and skill at which he was learning. To start off with Ed learnt covers of his favourite songs by his idols such as Bob Dylan. Soon after, he decided to delve into his own mind and write his own music. Following much pen-to-paper scribbling Ed finally finished his first song, Typical Average. It tells the story of him growing up and being a, "typical average teen," as the lyrics set out. He has written over 30 other songs since then.

Showing great enthusiasm towards music and learning the guitar, Ed was given a professional recording system, allowing him to record all his music in his own bedroom. With all the songs that the budding musician had written he decided to produce his own album. Ed started to record his songs at his home in 2004 and produced a fourteen track sampler called Spinning Man, which came out in January 2005 for friends and family to buy. 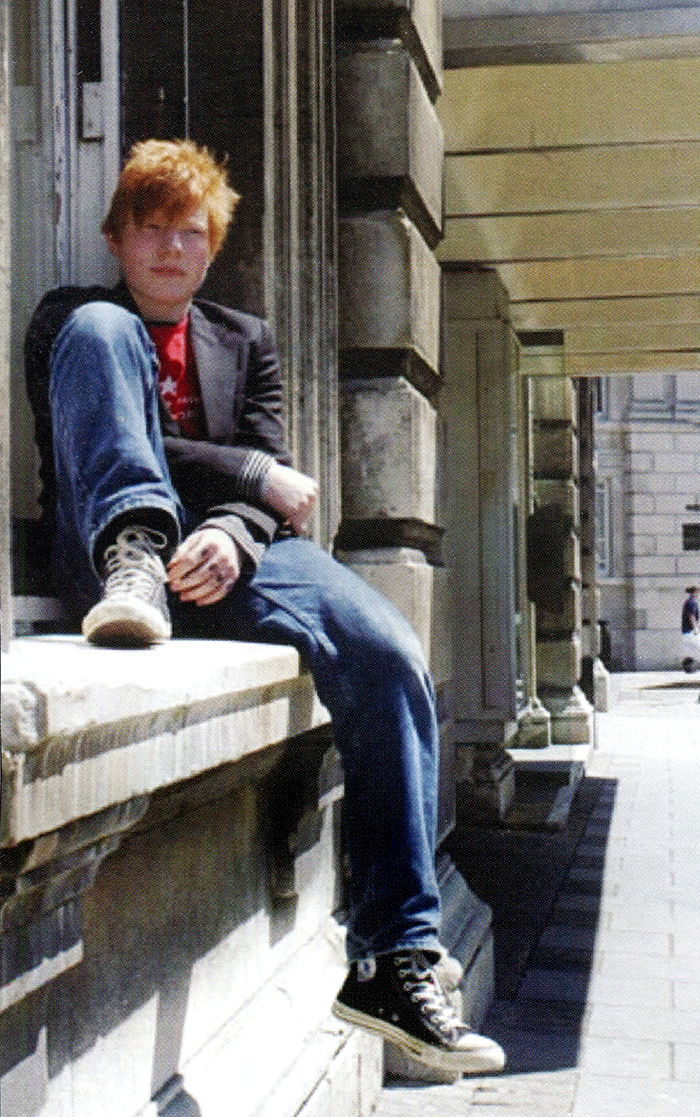 Encouraged by the response from his school friends, Ed chose five tracks to work on for his first professional CD, The Orange Room EP. All the music was recorded by Ed at the Summerhill Studios, Leiston, in March 2005. Through the success of all this, Ed's parents' company set him up with a website, www.edsheeran.com and in June 2005 following his first solo gig in April his music was played on the radio. Moody Ballad of Ed, the first track from the EP was broadcast for people to hear his talent.

Living the normal life of a teenage boy, Ed has written thirteen new songs for his first professional album whilst studying hard for his GCSEs. In Ed's spare time and at weekends his parents travelled up to London with him to work hard at the Din studios with a producer and sound engineer named Julian Simmons who helped Ed bring his musical creations to life. The album was released at the end of June '06 and is available to buy from his website and other shops.

The keen musician has benefited greatly from the support of his friends, family and the teachings of three guitarists based in Suffolk - Dave King, Graham Littlejohn and Keith Krykant. He has also had the honour to have been taught by Preston Reed, one of the USA's greatest guitarists. Hoping to follow in the footsteps of other singer-song writers such as Damian Rice and James Blunt, Ed's future is definitely looking bright.