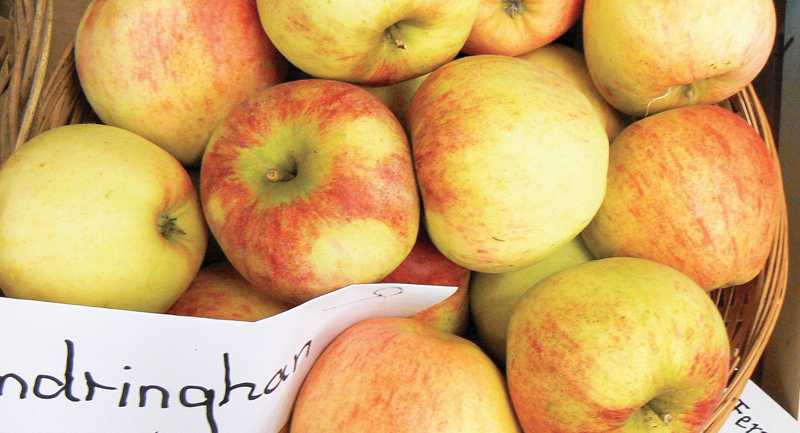 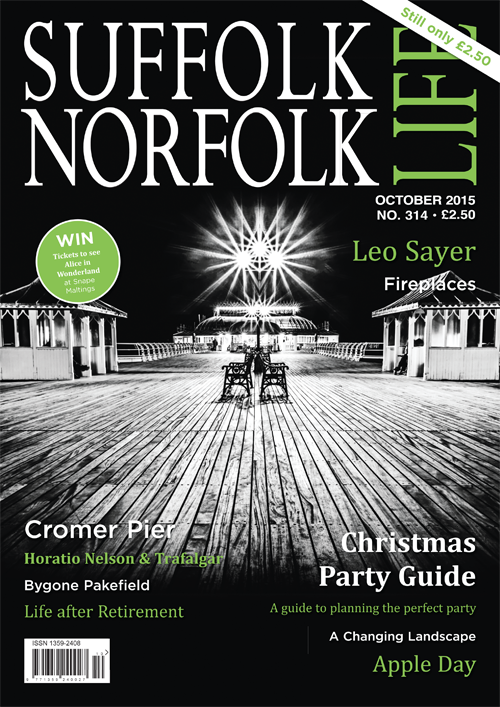 THROUGHOUT the year there are numerous Awareness Days covering all imaginable subjects, and some unimaginable, both National and Worldwide. October alone has such a mixture, including National Badger Day, National Nut Day, Wear it Pink Day and Trafalgar Day among many others. But here we are thinking of apples.

Apple Day is one of the most well-known ones, and shares the day with Lord Nelson on October 21st. It was first promoted by an organisation called Common Ground in 1990 to celebrate the hundreds of varieties of apples that we have in the UK and also our orchards. The first Apple Day celebration was held in the old Covent Garden, London where fruit-trading had ceased many years before.

The idea was to encourage the appreciation of local apples and the growth of more orchards, which have faced a serious decline in acreage over the years for various reasons. Norfolk alone has lost more than 50% of its orchards in the last fifty years. The reasons are diverse – housing developments, road construction and growers changing over to more profitable crops. It didn’t help, either, when a major cider-producing company ceased operations in Norfolk in 1995, leaving a gap in the market. Occasionally an orchard can be found that’s absolutely neglected, with the apples ripening and falling to the ground, completely unwanted.

Although not a marketing organisation, Common Ground also wanted to persuade supermarkets and other retail outlets to stock local fruit rather than imported apples. Take a look in your local supermarket and you will see apples from across the world on their shelves, and very few English apples. It is estimated that 70% of the billions of apples we eat each year are imported. Just consider the food miles bringing fruit from Europe, Canada, Australia, New Zealand, China and other countries, when there are hundreds of varieties in East Anglia alone.

The earliest written account of apples is from the thirteenth century, and tells of a Norfolk farmer paying his rent with 400 apples and four hogsheads of cider. Norfolk and Suffolk have lots of their own varieties, but many have disappeared over the years. Some are believed to be extinct, and other examples are found from time to time. Sometimes a discovered variety is the only known surviving tree.

Gressenhall Farm and Workhouse, which is also a museum, near Dereham, holds a well attended Apple Day each October, and say it is their biggest attraction of the year, with something like 3,000 visitors on the day. Their orchard was planted in 1920, with all the trees being traditional Norfolk varieties including eating apples, cookers and some for pressing for juice or cider. The site of the orchard used to be the burial ground of the old workhouse before the 1900s.