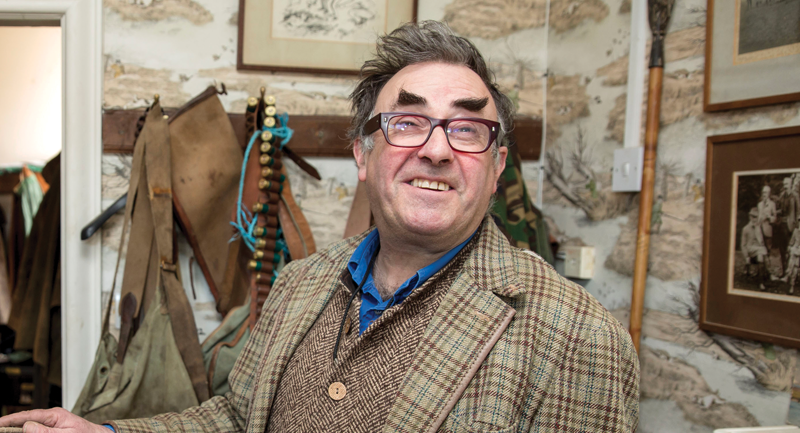 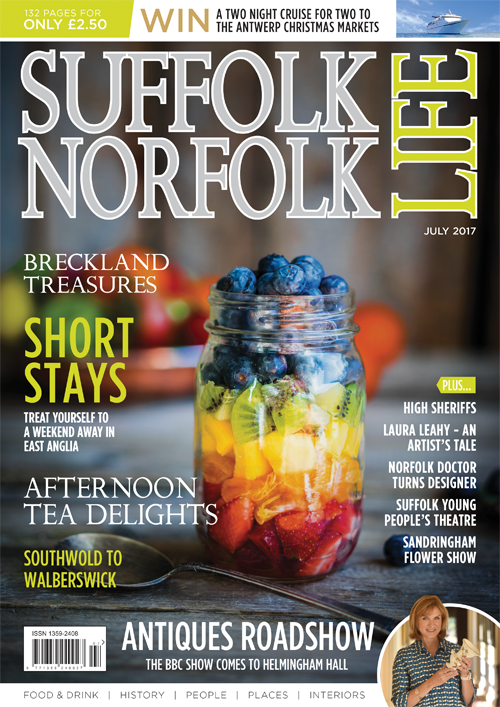 The phrase ‘Normal for Norfolk’ or NFN has become the title of a BBC2 documentary programme which is due to air its second series this month.
Normal for Norfolk Series 2 is a 6 x 30-minute observational documentary series following farmer, bon viveur and English gentleman, Desmond MacCarthy. In the new episodes we catch up with Desmond after a fruitful year, and he has even bigger and better plans for Wiverton Hall.  Pronounced Wiv-erton not Wi-verton. Desmond was quick to correct me even though it was for print not radio, maybe the nuances of the Norfolk/Suffolk dialect?

The fourth generation of the MacCarthy family, Desmond took over the running of the 250-acre estate in his early 20s. “I didn’t feel it was a responsibility. If you have to do something, you just get on and do it. I’ve lived here all my life and I didn’t understand about economics and I’m still struggling now.” Although he is property-rich, Desmond is still very much cash-poor and it’s an ongoing battle to maintain the 15-bedroom manor house and gardens. However, their holiday accommodation and popular café have been its saving grace.

“Now we’ve become a little bit more commercial. We don’t rely on ploughing fields and pulling sugar beet.” In the past Wiverton was quite successful fruit farming. “That’s now had its day, so we rely on income largely from the café, as the food and staff are all good.” Nine years ago under Desmond’s watchful eye contractors converted one of his barns into a restaurant. Wiverton Hall Café has built up an enviable reputation as one of the best eateries in Britain. Indeed our very own Delia has described it as one of her favourites.

Another revenue stream is their holiday accommodation. Wiverton has been home to holidaymakers on a smaller scale for the past 30 years but now it’s more elaborate. “Our cottages are now refurbished. The three of them used to be let for farm workers but now they are popular with holidaymakers due to their stunning, uninterrupted views of Cley Windmill. I think you have to have an awful lot of luck. I was fortunate enough to be born North of the Coast Road.”

To keep Wiverton going, Desmond has ambitious schemes to attract more visitors. Having a documentary made about your ancestral pile all helps to bring the crowds flocking. The North Norfolk coast is a tourist area which, traditionally, was much quieter between October through the harsh winter and not popular again until April. “These days the weather is much kinder and more people come from London and all over to spend weeks and the holidays on the North Norfolk Coast.”

Desmond is a realist, however, and whilst he hopes his unique, quirky style of hospitality and the mild climate holds, he appreciates it’s a phase. “I don’t know about unique quirkiness but it’s a competitive market: if we don’t raise our head above the parapet everyone will go to Devon or Cornwall. Things are only fashionable for a period of time. It won’t be the same for ever.” With the second series airing from this month the phones will be ringing again at Wiverton so advance bookings are advised.