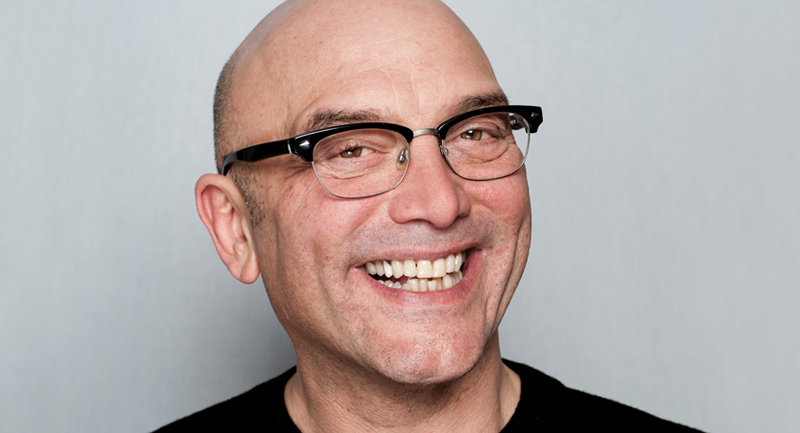 This month I caught up with Gregg Wallace as he sat in the living room of his five- bedroomed farmhouse. He purchased the mansion in Kent with a one-million-pound price tag in 2017. “I’m sitting here with my French bull dog Bella waiting for my son Tom to arrive as we’re off for a pub lunch together.” Gregg is often asked ‘How did you get such a plumb job on the nation’s favourite cookery show when you’re not even a chef?’ “I owned George Allen’s Greengrocers, a company I built up from when I was only 24 years of age. I was asked to co-host BBC Radio 4’s Veg Talk with Charlie Hicks and once you are inside the BBC you get invited to do little cameo pieces for other shows.”

In 2002 he found himself making the leap into telly with Saturday Kitchen. “Any food stories which came up like The Money Programme talking about the price of Brussels sprouts they’d call me and I found I really liked doing it. Then one day it was a call to say, ‘We want to discuss a Saturday morning food show with you.’ If you think about it, everybody on telly, unless they are an actor or a newsreader, is there by accident.” Gregg puts his longevity down to his accent. “I’m very fortunate in that I knew about food but I’m not posh. That also explains a lot about Jamie [Oliver]. There are plenty more non-posh people in Britain than there are posh and there weren’t any accents at the BBC like mine in the beginning.” He also credits Radio 4 Executive Producer Dixi Stewart. “She gave me some very sound advice. She said, ‘I don’t want you to change but I don’t want you to play up to the cheeky chappy greengrocer they expect you to be either.’

Gregg is a self-confessed workaholic. He began his early career working at Covent Garden as a warehouseman and by the time he was just 24 he was running his own fruit and vegetable company. Not bad for someone who left school with no qualifications. “I was thrown out of school so I did what you did then: I looked in the paper for a job and found the one at Covent Garden and I absolutely loved it. It paid better than any other job I’d done.” Luckily he didn’t mind early starts. “I used to start at about 4am. However, once I ran my own business, which was a sizeable company [£7.5 million turnover] running 24 hours a day, I had to start work at every conceivable time of the day. Meal patterns went out of the window. I could easily finish my whole day’s work when everyone was just having their breakfast!” This could lead to people getting a warped impression of Gregg, he told me. “People would see you having a pint of beer at 10am and think you’re an alcoholic. What they don’t realise is you’ve just finished a 10-hour shift!”

He’s just launched a brand new stage tour which is coming to Ipswich Corn Exchange this month. “I’ve only picked four dates to see if it works so it’s very much an experiment. We’re going to discuss how I started working, from greengrocer to being on the telly. I’m also going to answer all of the questions I get asked all of the time which are: When is MasterChef on? Does the food go cold? Is it not fair for the 6th person in the queue? Are you not full up by the time you taste their dish? And also How are you a judge on MasterChef when you’re not a chef?” The interactive show will also look at the food we eat today and the way we like to eat, with a nod to Gregg’s other TV appearances on Eat Well for Less and Inside the Factory. There will be audience members invited up on stage to take part in blind tastings of frozen, fresh and organic vegetables and also different priced wines to see which the members of the audience prefer.