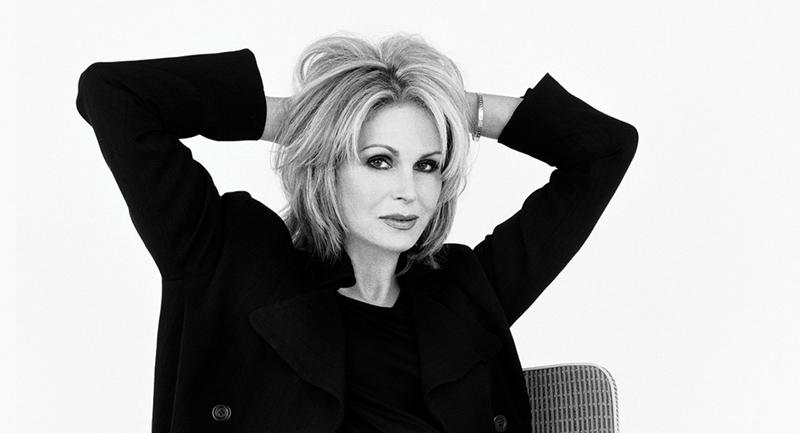 Joanna spent most of her early childhood living in India with her mother Thya Beatrice Rose (Weir) and father James Rutherford Lumley. Her British father was a major in the Gurkha Rifles, and India was his posting.

An aspiring actress, Joanna first came to fame as a model in London’s swinging 1960s. However, her breakthrough as an actress came about 17 years later as “Purdey” in The New Avengers 1976 working alongside Patrick McNee and Gareth Hunt. Before that, her 5’8” silhouette meant she’d been photographed by many professional photographers, including her friend, the late Patrick Lichfield. As a freelance model she became one of the top ten most-booked models of the 1960s. For the role of Purdey she auditioned with 800 other aspiring actresses. Landing the role catapulted her into the spotlight and she was responsible for one of the “must-have” hairstyles of the 1970s – the Purdey bob. Many a male reader who grew up in the 1970s may well have had her poster on their wall as the enigmatic, high-kicking, action girl.

She continued to work as an actress, most notably as “Sapphire” in Sapphire & Steel (1979) opposite David McCallum. During the 1980s, she returned to the theatre, making notable appearances as “Hedda Gabler” and as “Elvira” in Noel Coward’s comic play “Blithe Spirit”. Next came film in the form of Trail of the Pink Panther (1982), Curse of the Pink Panther (1983), and in 1989 she played “Marjorie Majors” in the box office hit film Shirley Valentine alongside Pauline Collins. Never very far from comic roles, it was her performance as “Patsy” in the TV series Absolutely Fabulous (1992) which brought her to a newer, younger and much wider audience. The role earned Joanna a plethora of awards, including several BAFTAs. Since Absolutely Fabulous (1992), it has cemented her as one of our most popular and best-loved actresses.

Perhaps one of the many reasons why Joanna Lumley is so popular is that she exhibits the quality we Brits prize perhaps above all others: self-deprecation. Take her initial reaction to the decision to embark on her first ever nationwide live tour, entitled “It’s All About Me.” With a self-effacing grin, Joanna reveals that, “When the tour was announced, my first concern was that I would have to pay people to come. I thought, ‘We will have to close the dress circle and pay people to sit in the stalls.’

“I once played a theatre on the south coast when we were doing a tour of Private Lives. The theatre shut the circle and the two side aisles of the stalls, so just the middle section was open. But there were still only two men, a dog and a mongoose. So I’m used to playing to sadly small audiences!”