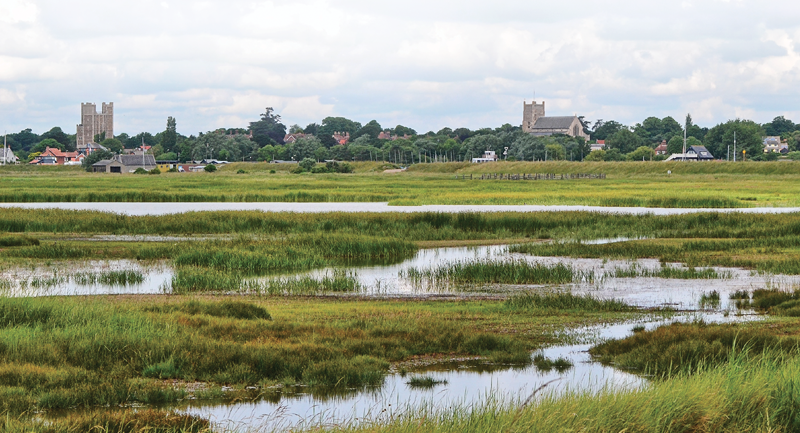 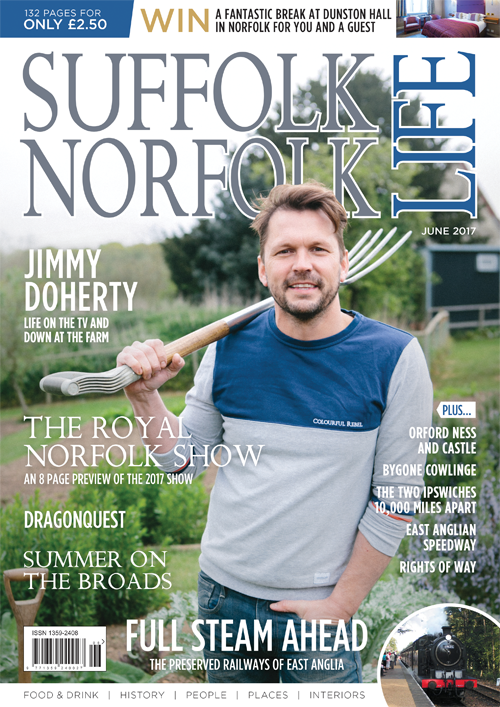 Orford Ness is a spit of land off the coast of south Suffolk, which served as a military research facility between 1913 and 1973. It was used to test components for atomic bombs, to improve targeting, measure the environmental impact of radiation, and engage in research on radar defence and navigation. In the early 1970s the Natural Environment Research Council purchased the site to preserve it as a nature reserve, although the RAF bomb disposal squad stayed on site until 1987.

In 1993, the site was purchased by the National Trust, and today, the nature reserve provides a mixed habitat for wildlife with wetlands, reedbeds and a shingle beach. It’s home to wading birds and rare species, including oyster catchers, lapwings, little terns, marsh harriers and bearded tits. The spit is cut off from the mainland by the Rivers Ore and Alde, which means few people visit the Ness, making it an attractive environment for wildlife.

We’re on the first ferry of the day from Orford Quay to Orford Ness at 10am. It’s a very short journey and as we get off the boat, there’s an oyster catcher going bananas. It’s spring – nesting season – and she’s made her nest near the jetty. She gets spooked every time a ferry arrives. Fortunately for her, the reserve is only open one day a week in the spring. But all that changes in July, when it opens six days a week for peak season. “We’re hoping her eggs have hatched by then,” says a volunteer. “Other oyster catchers have nested there in the past, and their young survived,” she assures us.

We follow the Red Route – all the other routes are closed due to birds nesting in vulnerable sites. Long grasses and streams line the path to an old military hut housing an exhibition about Orford Ness, the wildlife, the history of the site as an atomic weapons testing facility, and its 18th-century use for animal grazing, mussel beds and smuggling. You can read about some of the people who lived and worked on Orford Ness in the early 20th century, before the military took over.

We continue to the lighthouse – originally one of a pair, but its twin was lost to the sea. This lighthouse will go the same way if emergency work isn’t carried out soon. Since the first lighthouse was constructed on Orford Ness in 1634, around a dozen have been lost to storms, erosion, or burnt down due to oil fires.