A new type of care

In 1980 Angela Gifford had an idea to offer care at home to people who did not want to move from their own home into a residential care setting. Angela had a disabled Grandmother who was adamant that she was never going to move from the home her husband had built, this sparked the idea for an alternative type of care service. The new care service would provide domestic and personal care support in a person’s home, offering care twenty-four hours a day by having a Housekeeper/Carer living in a person’s home for a fixed period of time. This would offer a true alternative to the care that was currently being offered by private care homes, council run care homes and private nursing agencies.

One of the first clients in 1980 was an elderly lady, Edna, in her nineties who lived in a home which, not only had she lived in for many years, many members of her family before her had too. Edna’s growing health problem, which was her need for care, was the onset of dementia and alone she was unsafe. Meals were not being consumed regularly, personal care was not of high priority but in her home, she was happy. Her home and garden held a wealth of memories for her and although it was a new idea, Edna and her family agreed to try a live-in service for a three-month period. Housekeeper / Carers were introduced into Edna’s home and they stayed, offering support for fortnightly periods. After twelve weeks, professional working relationships developed and Housekeeper/Carers, chosen by Edna and her family, were working on a regular, rotational basis. The support continued until the end of the Edna’s life. Since that time Able Community Care has provided over 70 million hours of care in people’s homes, enabling them to remain living in their home of choice, their own.

Angela continues to own the company and the care support is now nationwide. Over the years new care support services have been introduced, such as:
• Home from Hospital Care offers short term, convalescent care in your own home.
• Planned Respite Care for family members who need a break from their own caring roles.
• Holiday Care Companions enabling people of all ages who need care support to have holidays of their choice both in the UK and internationally.

Reaching out to more people

In 1980 Angela’s care organisation was one of three private care providers. Today there are approaching 10,000 home care providers. Angela has contributed to the care sector by becoming a Founder Member of the United Kingdom Home Care Association and in 1988 chairing the committee which wrote the first Code of Practice for Care Workers. Angela regularly writes for care publications, gives care presentations in the UK and is invited to speak at conferences internationally. Angela also appears on radio and television in connection with care issues. 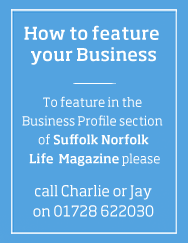